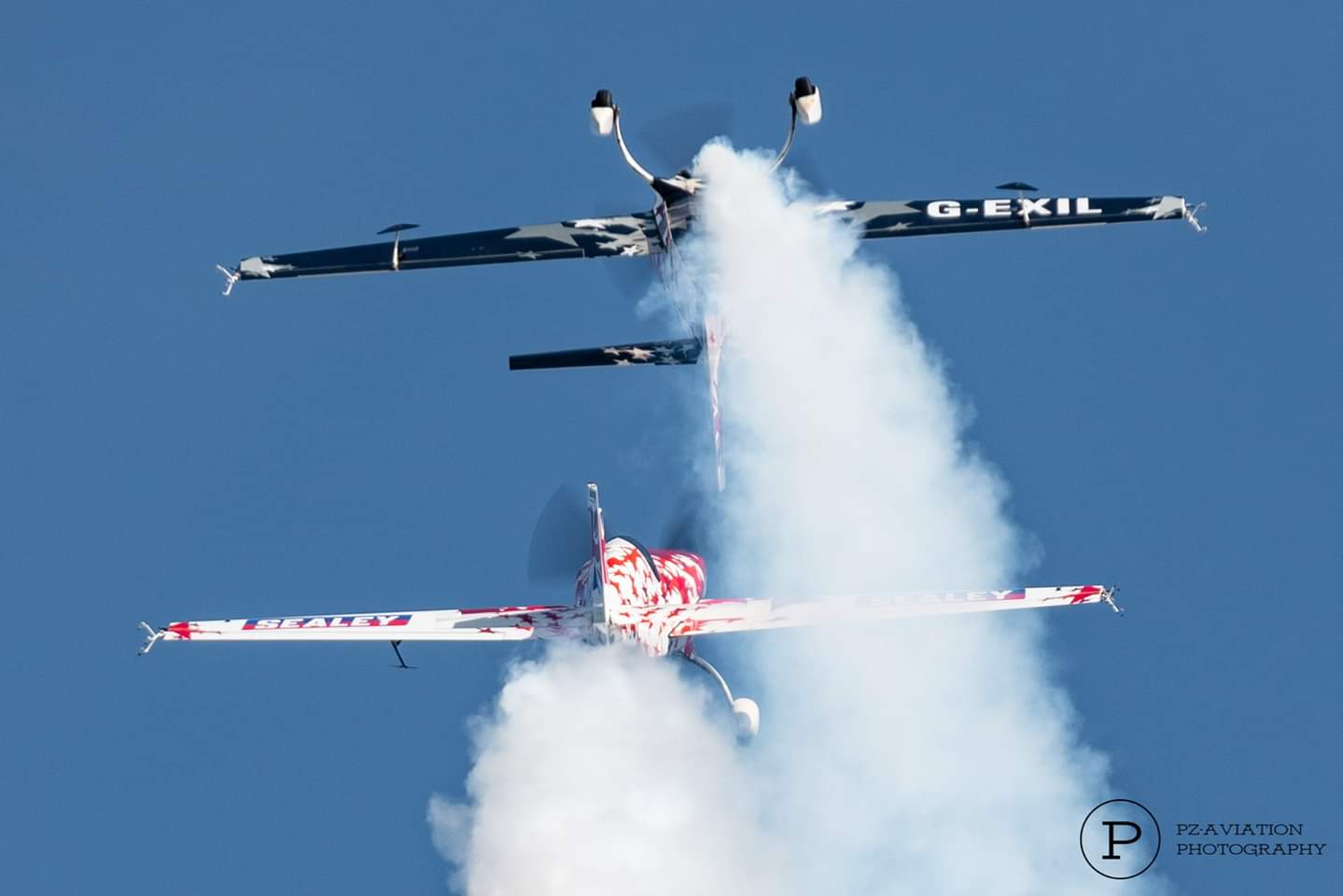 The Global Stars had a busy few days with approx 6 hours flying and 7 shows. Ending the weekend with a highly commended show at Shuttleworth.

The weekend kicked of with Chatsworth on Friday, followed by Saturday 14:10 at Chatsworth again. At this point the team split for a rapid refuelling. Two to Barton and two to Netherthorp to be airborne again at 15:00 heading to Portrush to arrive on slot at 16:35 afterwards landing Causway.

Portstewart had a UK first with a 4 ship formation team carrying pyros. Only 3 of the aircraft equipped because we have 5 pyro a/c shipping to China just now for national day displays. This will be the worlds first 5 ship pyro team demonstration.

After displaying Portstewart we recover to Eglington for the night.

Sunday its refuel Eglington, into Causway for smoke oil, opening the show at Portrush at 12:40, back to Causway, refuel and smoke then off to Chatsworth display and carry on to Gransden for smoke oil 2 hours later. Airborne again 1 hour later to close the show at Shuttleworth.

Pictures gleaned from the web. Many thanks to the artists for posting.